"Awful Fellow" the new CD of HOUND was recorded analogue und additionally digitalized song by song in our studio. This way there are analogue and digital versions of each song. The CD was so succesful that the boys are now having a record deal! Astonishing vintage music, played by young guys.

Here is the song "Grit" from which there is an extra cool video as well: https://www.youtube.com/watch?v=cxaUhKpq7Ko

The Backpages was the first band, who made a complete live-recording, including guitar-soli. The sound was so convincing, that the Cosmic Aliens will do their next production due to the same system. The band’s other big reference is the long experience of the musicians in making music in the cellars of Hannover’s famous Glocksee. 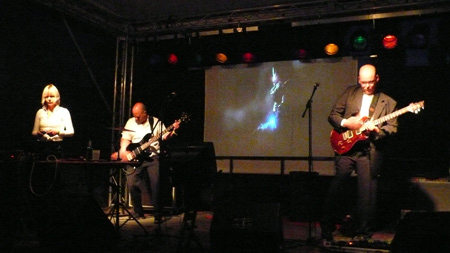 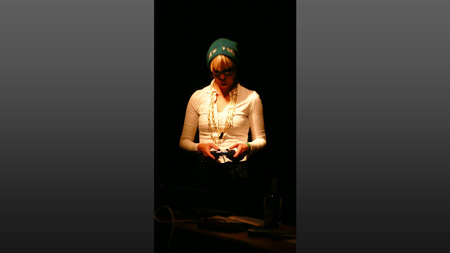 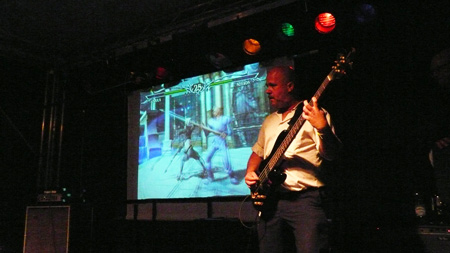 During their time as subrenters in our studios, the Aliens produced their fine analogue demo Greatest Hits with us. The booking of the band is still possible via our homepage’s contact form!

This young Death-Metal-Band, who produced here in the beginning of 2010, surprised above all with their singer, who is even more glutural than glutural. Other trademark of the band is the tractor-bass.

Klaus and Toffi (ex. Baktus) want to know once more, were the state of the art hides itself. The production you can listen to is part of a pre-production for their live-program-developing process. This program is finally put in shape these days. Of the final versions some recordings of course are going to be made at the E.m.E. Studios too.

Hannover’s multimedial entertainer was with his unbelievable program the part were it was at on the Kulturbühne at Fährmannsfest 2010. In the Bei chez Heinz, he has got his very own show titled: “Das hätte es bei mir nicht gegeben” and with die Revolution his rocking own backup-band.

Max Stramm und die Revolution is the most unbelievable Rock’n’Roll-show on the stages of Hanover. Crunchy Rock with Max Stramm himself as frontman, Krank Frank on the drumset and the true Musti on the lead-guitar.

11is is brachial romantic Acoustic-pop on four legs with the heart in the right trousers. Oli and Fritz sing and dance. During this they slam into the strings and open never touched doors inside their audience's hearts. Nearly everybody has to weep, the others laugh.

Live-Set 2010, recorded at Musiktheater Bad in Hannover. After this recording we sent it through our studio-console and the EQs to the tape-machine to refine it.

Since autumn 2009 the boys of Werner Strong are shipping through the Hanoveranian-musical ocean. The Line-up: Jonas (Vocals), Henning (Guitar), Michael (Bass) and Simon (Drums) all in the beginning of the 30’s, storm-approved and not quiet at all. With this they only know one way and that’s straight ahead towards the aim. Fresh flourishless Rock is dominating, whereby melancholic-dreamy and punky waters are not avoided.

The German textes contain merely personal things but sad football-pros and unfulfilled love in the local tube are topics.Some gigs and a studio-session increase the lust for more. Werner Strong are ready to set sails and conquer the region’s stages.

Here two generations are not only rocking their cellar at Schwarzer Bär but several stages in Hannover too.

Founded March 2009 as an Alternative-Rock-Punk-Cover-Combo. The Daisies stand for music that rocks and moves with songs which aren’t high frequently played in the radio…Why not on your stage? The so far highlights were the gigs at “Schmucki-Festival” 2011 and at the “Wir sind das Heinz”- Festival 2012, Bei Chez Heinz, Hanover – additional some gigs at several other small locations in Hanover and of course their recording session in our studio!!

Our friends of the Menorquin band PURETONES were fetched to the Fährmannsfest 2013 by us. Due to their playing for 100,-€ like the Hanoveranian band round the corner and their flying x-tra from Menorca to us, we took very well care of them and gave them the possibility to rehearse in our studio before the concert. A sample from this rehearsel is here: La cancion de I.Ignacio. We did a live cut from the Fährmannsfest as well with our Philips N4520 reel-machine.

Levin Fischer was placement student in our studio and with his marimbaphone one of Lower Saxonie’s winners of the competition “Jugend musiziert”. Here our recording of “Caribbean Lullaby”.

Four not this real fresh boys, who didn’t make it very spectacular upfront so far, decided to found a band and play an old fashioned kind of Heavy Metal which isn’t called this anymore either today. The result is amazing but please listen by yourselves!